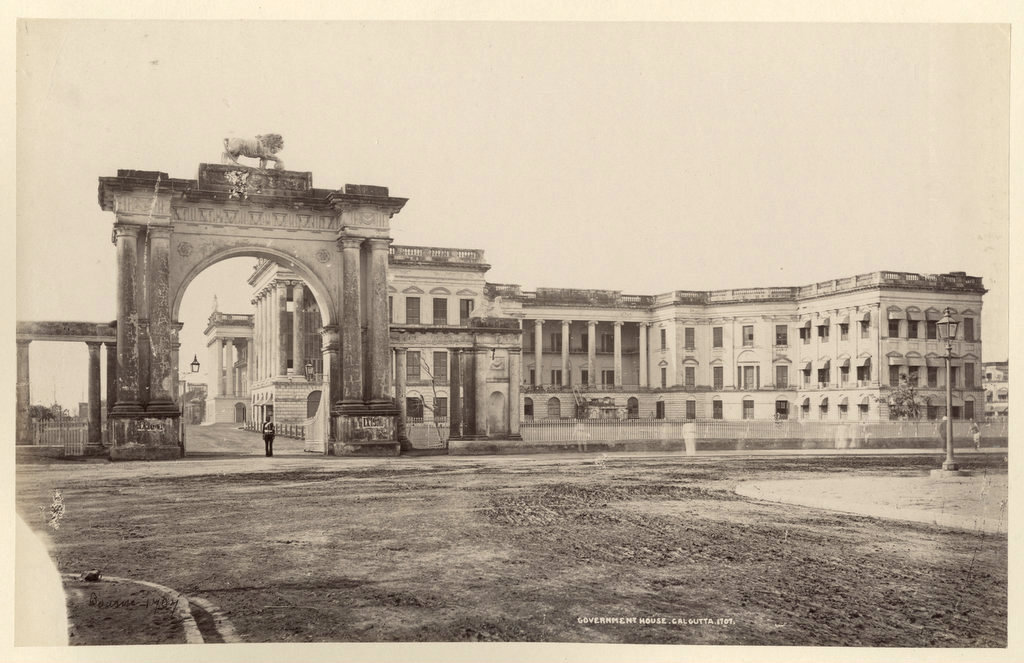 লাট ভবন, কলকাতা, c১৮৬০
It was called Government House in those days. The Government House was a palatial residence for the Governors-General of Calcutta, commissioned by Marquess Wellesley in 1798. Captain Charles Wyatt, the architect, based the building on designs for Kedleston Hall in Derbyshire, with specific changes to combat the heat of Calcutta by allowing greater movement of air through the building.
Photograph by Samuel Bourne in c1860