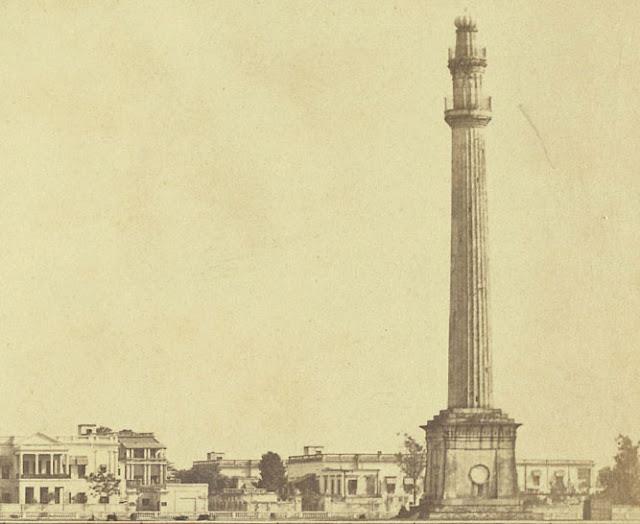 অক্টরলনি স্মৃতি সৌধ, গড়ের মাঠ, ১৮৬০
The monument was erected in 1825 in memory of Major-general Sir David Ochterlony, commander of the British East India Company, to commemorate both his successful defense of Delhi against the Marathas in 1804 and the victory of the East India Company’s armed forces over the Gurkhas in the Anglo-Nepalese War. The monument was constructed in his memory. It was designed by J.P. Parker and paid for from public funds.