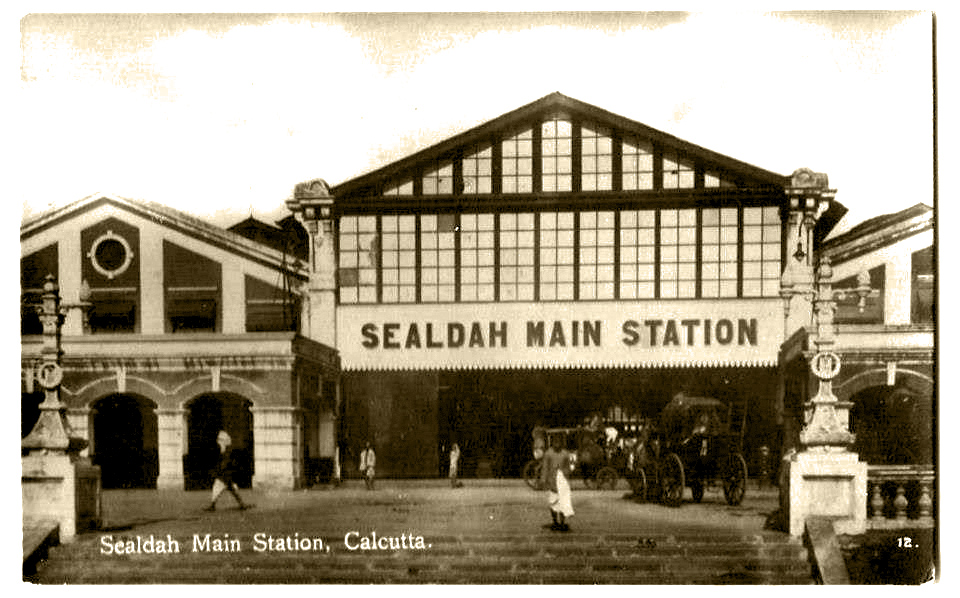 শেয়ালদা রেল স্টেশন, শেয়ালদা, কলকাতা, ১৮৬৯
Eastern Bengal Railway Company was registered in 1857 to establish railroad connection between Calcutta and Eastern part of undivided Bengal beyond Ganges(Padma). The first section was completed in January 1862 from Calcutta to Champahati. By May 1862 this extended to Port Canning. Ranaghat was connected in September 1862. Initially, the company was known as  Eastern Bengal Guaranteed Railway and ran its trains on guaranteed lines.  The guaranteed lines were constructed by companies formed in England, who raised their capital from their own shareholders under a guaranteed interest of 5 per cent, from the Government of India
The original Main Station at Sealdah, designed by Mr Walter Glanville was built in 1869. This was the main station. Subsequently, as Calcutta spread, large areas south of the became suburbanised and it became necessary to provide these new areas with railway communication. The lines radiating to Diamond Harbour (once the main port), Laksmikantapur, Canning and Budge Budge were known as the south section. Interestingly this part of Sealdah station was built close to the main station but at right angles to the main station. Due to the same reasons for growing traffic to and from northern suburban areas another new North Sealdah station was built adjacent to the main station.
The photograph was published as 1900’s post card, exact year and oth er detail unknown.