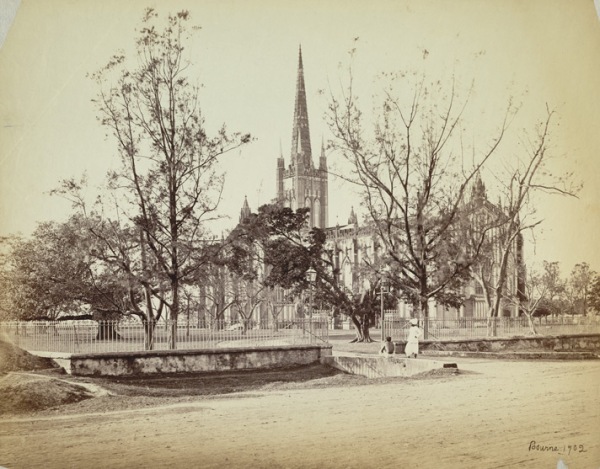 সেন্ট পল গির্জা, ১৮৬৪
Located 0n the south-east corner of the Maidan. The Cathedral was designed by Major W.N. Forbes, architect of the silver mint, in an Indo-Gothic architectural style. Rev. Daniel Wilson, the Bishop of Calcutta was the major financial contributor to the building. St Paul’s Cathedral, the first Cathedral Church in India, was commenced in 1839, the spire, modelled on the Canterbury Cathedral in Britain, was added in 1938 to replace an earlier one. The interior is notable for its stained glass window, designed by Edward Burne-Jones in memory of the viceroy, Lord Mayo.
photographed by Samuel Bourne in c1864.