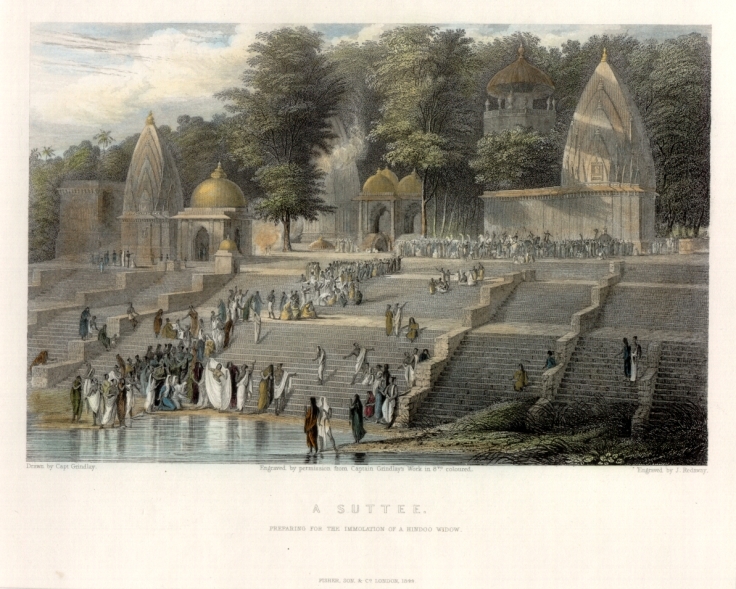 সতী সহমরণ প্রথা, ১৮২৬
Preparing a Hindu widow for immolation as seen in this painting is a realistic depiction of the rite of Sati as was practiced in Hindu society. The practice was formally banned in 1798, but continued in the surrounding areas. From 1812 onwards, it was Raja Rammohun Roy who started his own campaign against Sati. His petition against Sati also took place in 1829. The practice finally was banned by The Bengal Sati Regulation of 1829 – a legal act promulgated in British India under East India Company rule, by the then Governor-General Lord William Bentinck. This made the practice of the immolation of a Hindu widow on the funeral pyre of her deceased husband—illegal in all jurisdictions of British India and subject to prosecution.
This painting is made by Robert Melville Grindlay (1786-1877), a self-taught amateur artist, who served with the East India Company’s military service from 1804-20 and during this period made a large number of sketches and drawings recording the life and landscape of India.