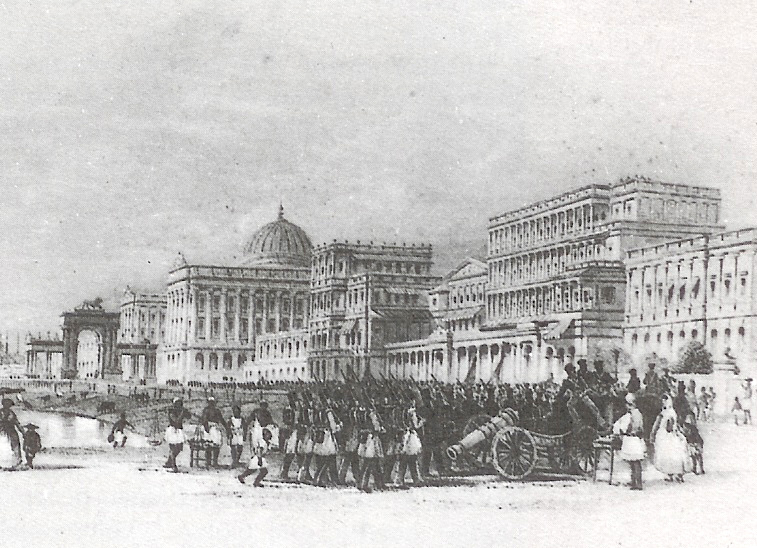 ভারতে রাণী ভিক্টরিয়ার শাসনভার গ্রহণের ঘোষণা, ১লা নভেম্বর ১৮৫৮
It was the historic occasion whereby official announcement was made that the political authority of the East India Company had ceased to exist, and that the Government of India had been transferred to the management of the Crown. The document was read in English by Mr. Beadon, and in Bengali by Babbo Samachurn Sircar. At the conclusion the Royal flag was hoisted a the head of the mast erected for the occasion before Government House, and it was saluted by the cheers of the European portion of the crowd, led by Mr. Halliday on the first round, and again by a sailor who hoisted the flag, and who had placed himself conspicuously on the Dragon Gun. From the Esplanade to Tank Square the entire space was alive with a surging crowd.
B&W reproduction of the original watercolor, signed and dated ‘T. Allom / 1858’
Source: Transcript from The Illustrated London News, 1st January, 1859: