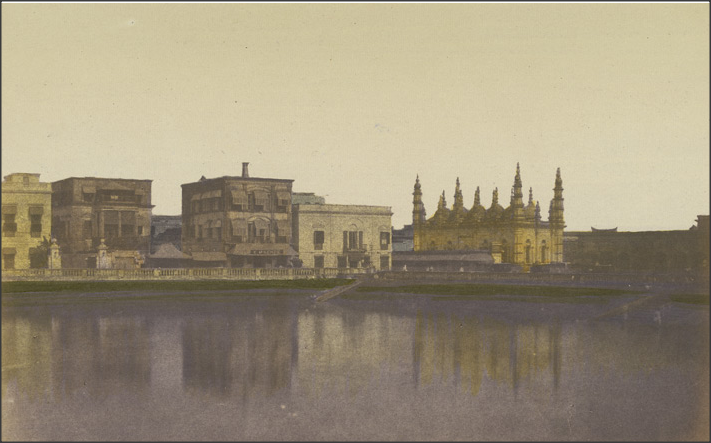 ধর্মতলা তালাও সংলগ্ন এসপ্ল্যানেড রো, কলকাতা, ১৮৫১
This is a view of looking across the Dhurrumtollah Tank, or general water supply, towards Ghulam Muhammad’s Mosque (at the junction with Chowringhee Road) and commercial premises along Esplanade Row. The Esplanade was made by clearing away the jungle around Gobindpore, the most southerly settlement of Calcutta, to build New Fort William in 1757. Esplanade Row was the street marking the southernmost part of the city, and was itself the northern limit of the Esplanade. It was home to many impressive public building including the Town Hall and Government House. See
A hand-coloured print  from the Fiebig Collection: Views of Calcutta and Surrounding Districts. Photograph taken by Frederick Fiebig in 1851