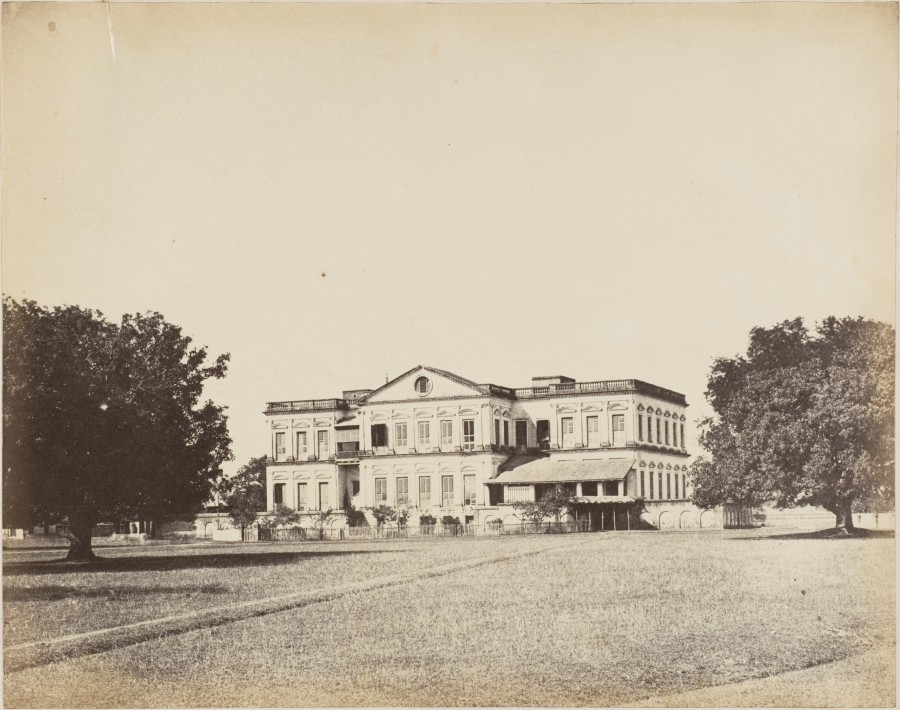 অনাথ সৈনিক সন্তান আবাসন, খিদিরপুর, কলকাতা, ১৭৯০
The Bengal Military Orphan Society was set up in 1782 to provide for orphans of the officers and soldiers of the Army of the East India Company from all over Bengal. However it had additional aims, including the rescue of children from the vice and intemperance of the barracks. All children, Eurasian or British, legitimate or illegitimate, orphaned or not, were required to be sent to the orphanage in Calcutta which enabled the military to remove an encumbrance to its discipline and movements. The officers ‘children were funded by contributions from army officers (this group also included Ordnance Conductors appointed before 1822). The East India Co paid for the soldiers’ children, and also for orphans who had fathers in the British Army who were admitted from the late 1810’s.
This is an albumen silver print of a photograph of the Orphan School’s building taken by Captain R. B. Hill in 1850s