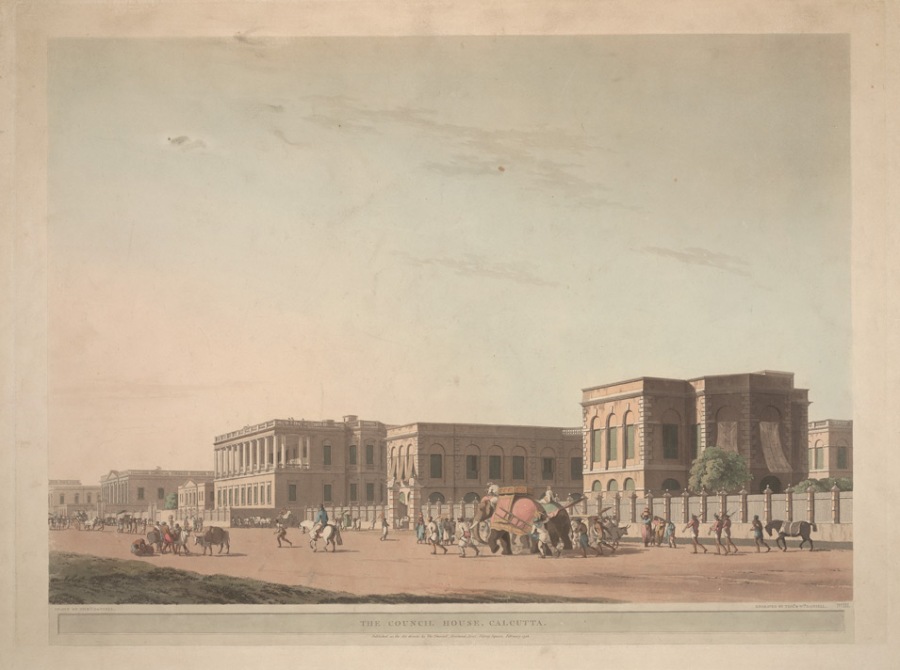 কাউনসিল হাউস [পূর্বতন] , কলকাতা, ১৭৬৪
Adjoining Government House to the west stood the Council House. After the recovery of Calcutta there was no Council Room for a twelve month to carry out business of the settlement. The dwelling house of the late Richard Court was purchased for the Honble. Company in 1758 and appropriated to the above use. .. It was probably a house near the hospital, and remained in use till 1764, when the Council House on the Esplanade was built, and gave its name to the street. Contiguous to it a house for the Governor was built. These two buildings continued in use till 1799, when Marquis Wellesley built the present Government House, on the site they had occupied.
Aquatint, coloured painting by Thomas Daniell, Plate three from the second set of’ Oriental Scenery