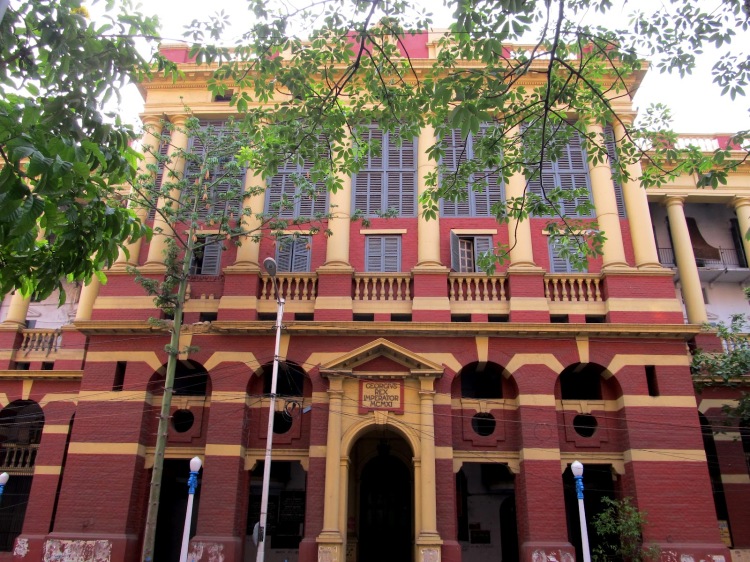 বেঙ্গল টেলিফোন কোম্পানি, কাউন্সেল হাউস স্ট্রিট, কলকাতা, ১৮৮৩
In 1881 license was granted to the original Oriental Telephone Company Limited of England for opening Telephone Exchanges at five metropolitan cities of India. On 28th January, 1882 , Major E. Baring, Member of the Governor General’s Council declared open the Telephone Exchange in Calcutta, Madras and Bombay. The exchange at Calcutta named “Central Exchange” was opened at third floor of the building at 7, Council House Street. By June 1882 the Central Telephone Exchange had 93 numbers of subscribers. In the following year the Bengal Telephone Company, Ltd., was formed. The whole of the company’s plant has been selected with the greatest care, and there is nothing of a modern character in connection with cables, fittings, and other appliances which has not been secure. The service is metallic circuit underground, and the efficiency with which it has been laid is proved by the fact that the system is being largely extended in order to meet the ever-increasing demand by residents in suburban districts for telephonic connection with the city. The company was granted a new license for a period of sixty years by the Government of India on April i, 1903. In addition to the very large number of installations in private and public buildings which have been undertaken by the company, it may be added that they have also provided and maintain the police and fire alarm systems in and around Calcutta.
This magnificent building, established by Lord Curzon, the Governor General of the British India, was originally used as the office of the Imperial Department of Commerce and Industries in the undivided India. Its long circular pillars and triangular pediments with neo-classical features represents the authority of the British era. Courtesy Ps Mukherjee