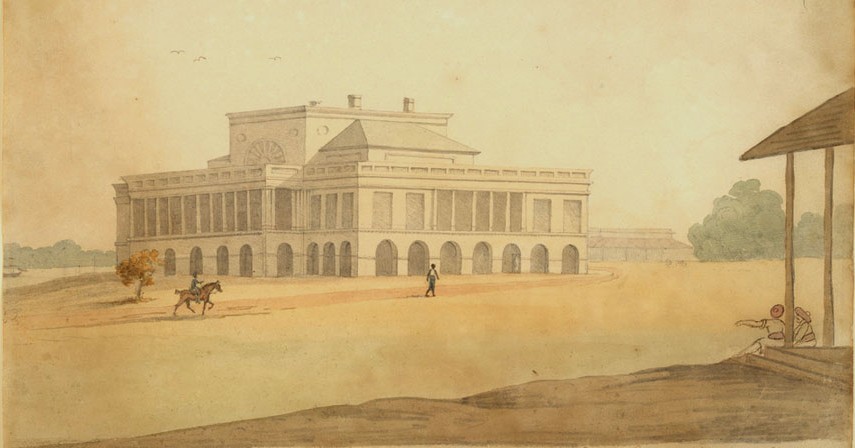 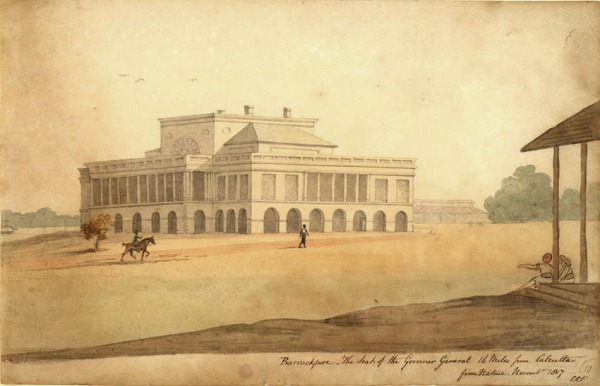 লাটবাড়ি, ব্যারাকপুর
The Seat of the Governor General 16 miles from Calcutta from Nature. November 1807′
Description: Watercolour, by Charles Ramus Forrest (d. 1827), of Barrackpore House and Park in Barakpur near Calcutta. Barakpur was originally a permanent barracks, but when Marquis Wellesley took over the Commander-in-Chief’s residence, in 1801, he decided to make improvements to the area. He commenced the building of a summer residence for future Governors-General, which consisted of only the first storey when he was recalled to England. Wellesley also landscaped the gardens in the ‘English Style’ and added an aviary, a menagerie and a theatre. Barrackpore Park later became a popular place for leisure pursuits. The first storey of Wellesley’s proposed grand building was first added to by Sir George Barlow, acting Governor-General from 1805-1807, who converted each corner of the verandah into a small room. This view shows the building after these additions. Later in 1814-15 the building was greatly extended by the Marquis of Hastings who added a new storey.
Artist : Forrest, Charles Ramus
.